Today marks the third and final day of Event #1: €2,700 Six-Handed No-Limit Hold'em at the 2012 World Series of Poker Europe. The field has been cut down to its final eight players with Yannick Bonnet from France leading the way.

Just two spots away from the official final table, Matan Krakow has a chance to pull off an amazing feat by making back-to-back final tables in this event. Last year he finished fourth out of the larger field of 360 competitors. He'll be aiming to top that result and earn his first gold bracelet here today.

Another player looking to make history happen is Roberto Romanello. With European Poker Tour and World Poker Tour titles already in his trophy case, Romanello can earn poker's elusive Triple Crown achievement by taking home the WSOP hardware. He came close to completing that feat here in Cannes last year when he took fifth in the €1,000 No Limit Hold'em event and then this recent summer as he placed seventh in the $3,000 No Limit Hold'em — Shootout. Romanello is by far the most decorated player left in the field with over $2.6 million in live tournament earnings; experience he hopes that will help him earn the victory today

As you can see from the counts above, the odds are severely stacked against Romain Chauvassagne. On the final hand at his table last night, Chauvassagne lost nearly all of his chips with pocket eights to Sylvain Ribes' pocket aces. You know what they say though, "A chip and a chair."

Play is scheduled to kick off to 1:00 PM local time and PokerNews will be right here providing all the coverage straight from the tournament floor. Following the first elimination, the remaining seven players will combine at one table and then work their way towards the title from there. Once the official final table is reached, a live stream without holecards will be available.

There's nearly €150,000 awarded to first place and everybody wants it. We'll see you back here shortly. 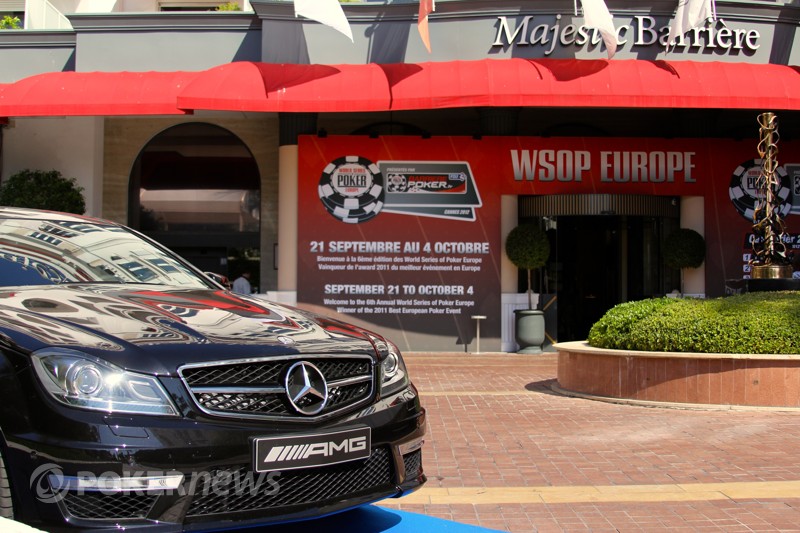