Set your alarm, and make sure you get some coffee brewing — Joseph Cheong and Aubin Cazals are set to play the earliest final table in the history of the World Series of Poker.

Minutes after Cazals defeated Warwick Mirzikinian, Cheong returned from the Brasilia Room and the other event he was playing.

"What do you want to do?" Cheong asked Cazals.

The two talked for a bit, and ultimately decided that they wanted to come back and play on Tuesday, because Cheong has a solid stack in Event 9: $1,500 No-Limit Hold'em Re-Entry, and Cazals was tired after a nine-hour heads-up marathon. The two reviewed a WSOP schedule together and felt Tuesday would be the best day when they wouldn't have to miss any other events.

"Let's just postpone it until September," Cheong joked. "Or on a day with like the 10K Stud."

It seemed like it was all settled. Cheong and Cazals were about to exchange numbers, until one of the tournament directors, Dennis Jones, got WSOP Tournament Director Jack Effel on the phone. According to Jones, who was speaking through Effel, the tournament can't be postponed that long — an issue that has to do with the Nevada Gaming Commission. The players were informed that before the Series started, a specific tournament structure was submitted to the NGC, and the WSOP isn't allowed to deviate from it. 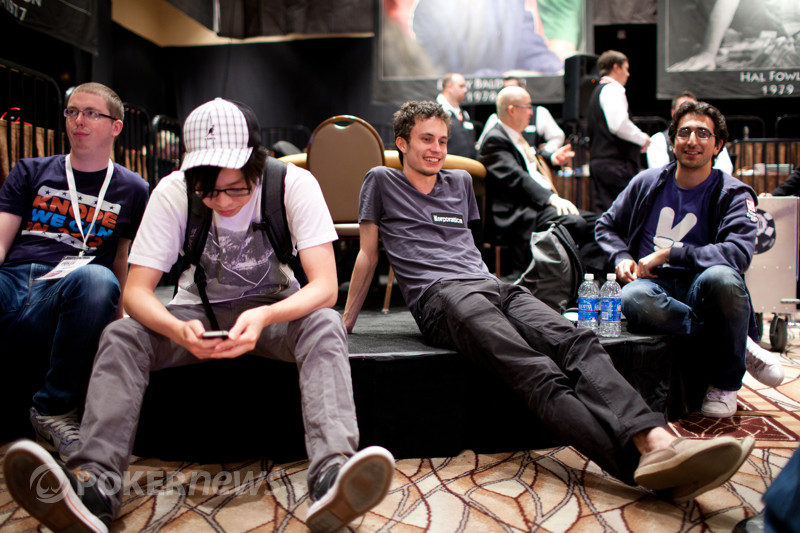 "Here's the situation," Jones explained. "None of them are good. Theoretically we need the second match to start tonight, or tomorrow at 11, 12 or 1."

Cheong tried to protest, saying that he really can't play tomorrow, but the tournament staff was firm. There was then a discussion about how late they could play tonight, but the 10-level rule is strict as well. The latest Jones would let them play is 3:00 AM.

"This is a first-time event," Nolan Dalla explained to Cheong and Cazals. "We're all learning." 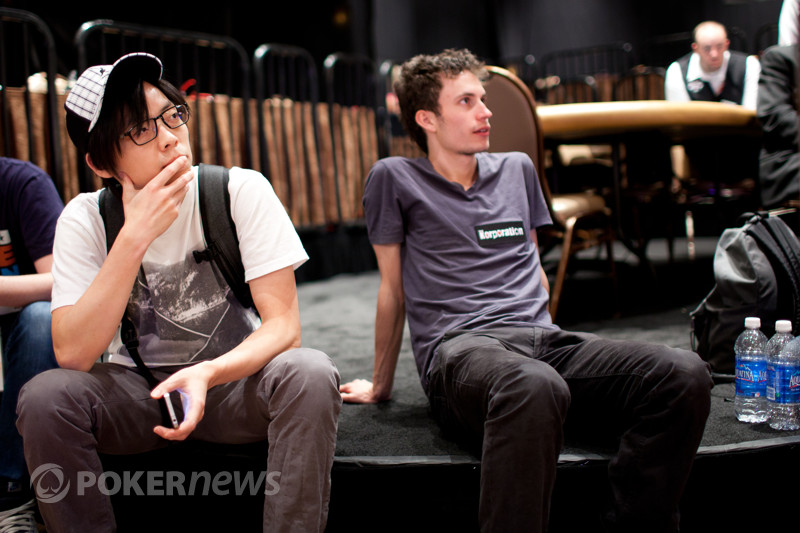 Cheong and Cazals listening to the ruling

Cheong and Cazals understood this, but they were still very unhappy about not being able to dictate what was going to happen. Eventually, the two came to an agreement that they would resume play at 9:00 AM tomorrow. Jones confirmed this, and the mini-conference at the secondary feature table in the Amazon Room was over.

With that, Cheong is off to play his stack in Event 9, and Cazals is off to get some sleep. If Cheong stays in Event 9 until the completion of play tonight, he will more than likely be at the Rio until at least 12:30 AM, as that's when play will approximately end for the night.