Isaac Haxton was once quoted saying "[...] we look kinda similar. When I first started playing live cash games, the regs at Turning Stone called me Harry Potter" when asked who should play him in a movie.

Well, at his table sits EPT Barcelona champion Sebastian Malec and he's dressed as Harry Potter. He's not just wearing the iconic Harry Potter glasses, he's also sporting a Gryffindor sweater and has a wand which he's waving when all in. Just now, he needed to wave it really hard because he needed some help when he got his chips in the middle.

We caught the tail end of that hand, but Malec himself told us after the hand what had happened prior.

Rainer Kempe opened under the gun and Pascal Lefrancois called from the hijack. Sebastian Malec over called from the button and both blinds came along as well to make it five-handed.

and action checked to Lefrancois who bet 3,000. Malec called, both blinds folded and Kempe squeezed to 9,800. Now Lefrancois called and, wouldn't you know it, Malec pushed all in by placing a huge tower worth 100,000 forward. Kempe folded, Lefrancois went deep into the tank.

After some time, he called for 26,600 more and it was time for Malec to put his wizard wand to work.

completed the board, gifting Malec the magic flush while Lefrancois exited. 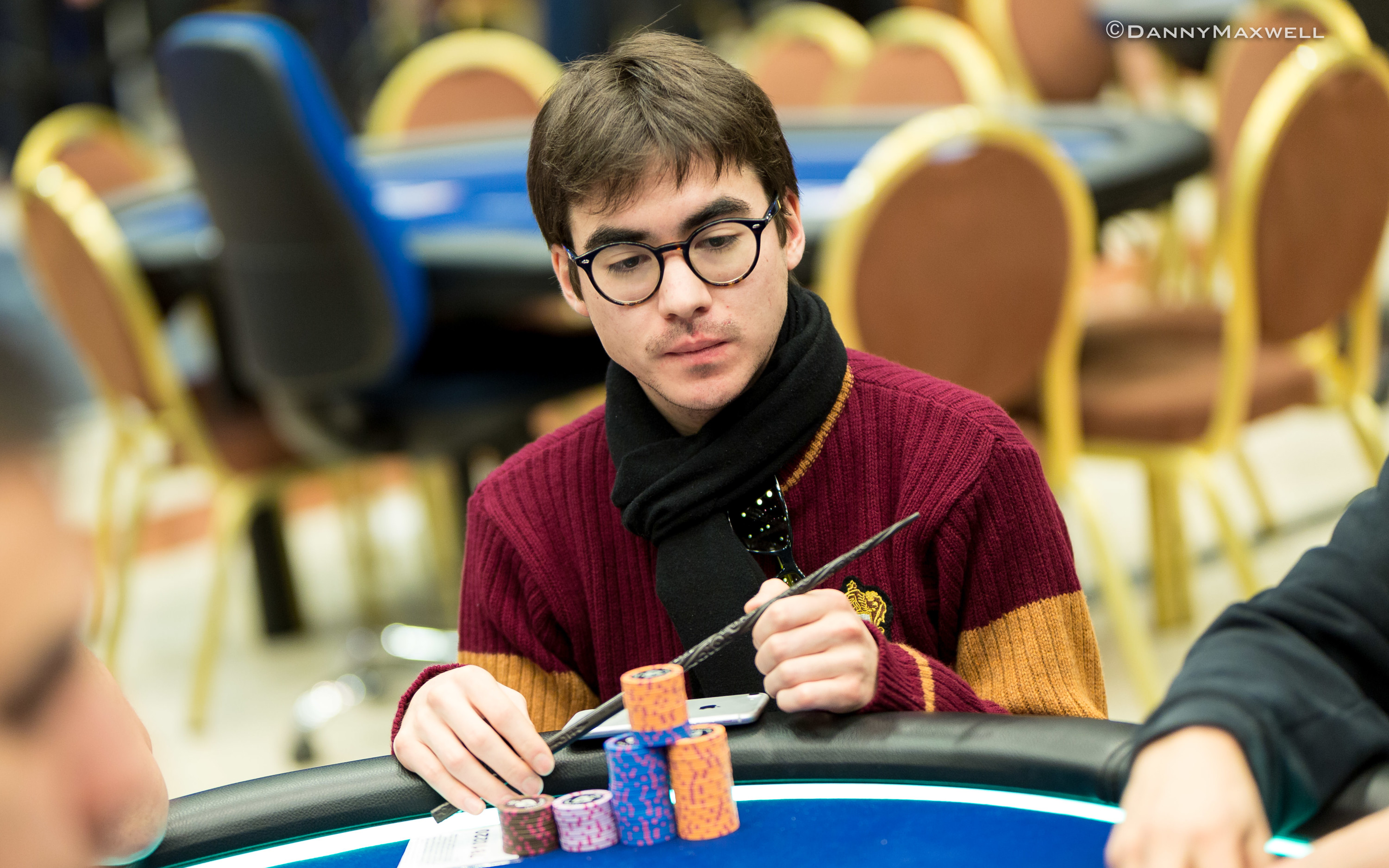