Yann Pineau opened in middle position, and Neculai Macovei three-bet to 18,500 on the button. Pineau called, followed by a check from both players on a flop of

turn, Pineau led out with a bet of 22,000, which got called by Macovei. The river was the

and Pineau checked. Macovei moved all in, putting the Frenchman on the bubble at risk for his tournament life.

Pineau, who had a little over 60,000 left, went deep in the tank. The camera's, players and media staff all swarmed around Table 4 to witness the situation unfold. Nearly five minutes passed by until Pineau finally decided on a call.

The hands remained closed, as the action on the other tables wasn't done yet. The buzz of an all-in-and-a-call situation circled throughout the room, drawing even more people to the table. After a few more minutes, a densely packed crowd finally saw the hand going to showdown.

for a pair of tens, but his dreams of winning EPT Barcelona came to a screeching halt as Macovei tabled the unexpected

for a full house. The Frenchman goes home empty-handed, the other 359 players are guaranteed at least €5,630. 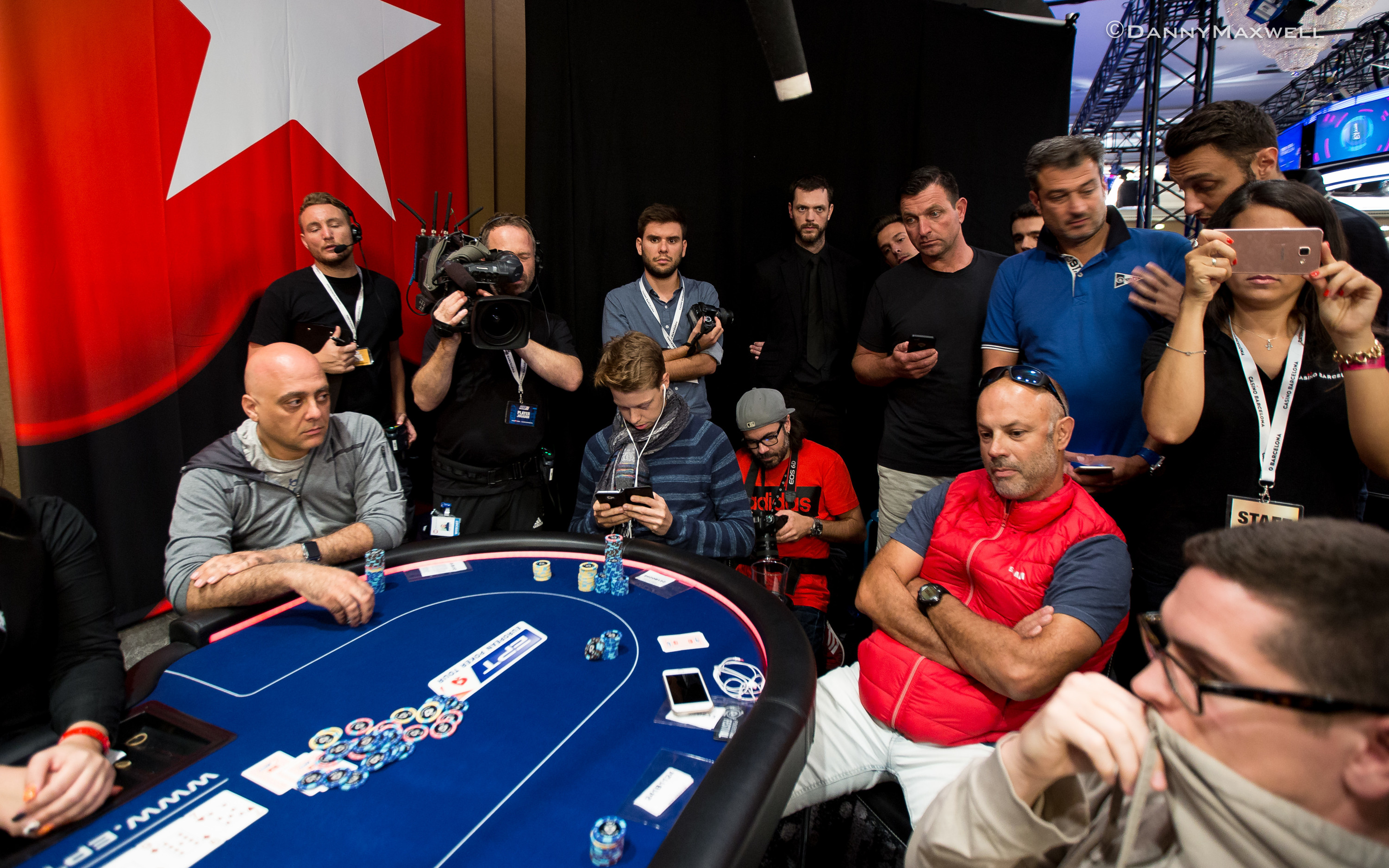